Find this article at:
go.ncsu.edu/readext?593393
— Written By Ryan Adams

Weeds often emerge at the same time as vulnerable crop seedlings and sneak between plants as crops grow. How do farmers kill them without harming the crops themselves? 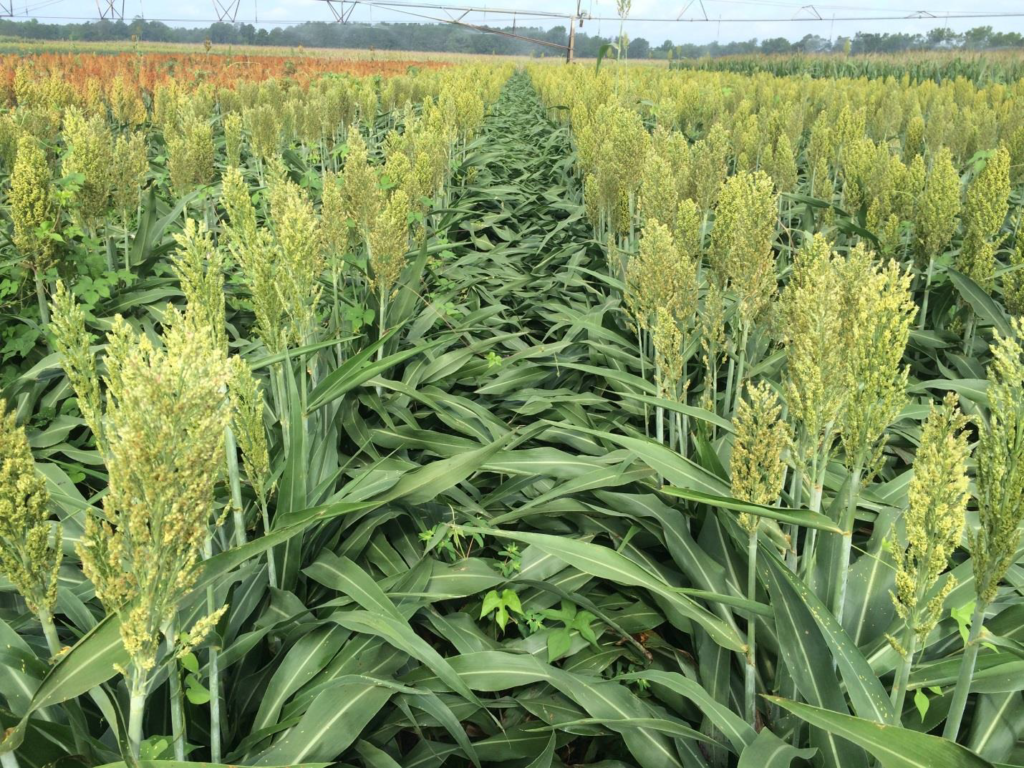 The discovery goes a long way in explaining how safeners work. According to Dean Riechers, weed scientist in the Department of Crop Sciences at U of I and co-author on the Frontiers in Plant Science study, scientists serendipitously discovered safeners in the late 1940’s. Greenhouse-grown tomato plants were inadvertently exposed to a synthetic plant hormone during an experiment. The tomatoes showed no symptoms of exposure to the hormone itself, but when a herbicide was sprayed later, they were unharmed. Without fully understanding how they worked, researchers began experimenting to find more “herbicide antidotes” before commercializing the first safener (dichlormid) for corn in 1971.

Today, after nearly 50 years of commercial use in corn, rice, wheat, and grain sorghum, safeners remain a mystery. The existence of synthetic chemicals that selectively protect high-value cereal crops and not broadleaf crops or weeds is fascinating but doesn’t make intuitive sense, according to Riechers. Figuring out how the protective mechanism switches on in cereal crops could one day help scientists induce protection in broadleaf crops, like soybeans and cotton.

“Finding a safener that works in dicot crops would be the Holy Grail,” Riechers says.

The first step, however, is understanding what happens inside cells of cereal crops when exposed to safeners. In previous trials with grain sorghum, the research team noticed a massive increase in production of glutathione S-transferases (GSTs). These important enzymes, present in all living organisms, quickly detoxify herbicides and other foreign chemicals before they can cause damage. But that didn’t narrow the haystack very much.

“These cereal crops have up to 100 GSTs, and we didn’t know if one or more was providing the protective effect,” Riechers says. “We also couldn’t tell why GSTs were increased.”

The team used an approach known as a genome-wide association study. They grew 761 grain sorghum inbred lines in a greenhouse and compared plants treated with safener only, herbicide only, or both safener and herbicide. Scouring the genome for differences, they found specific genes and gene regions that were switched on in the safener-treated plants. Not surprisingly, they were genes that coded for two GSTs.

“Although we suspected GSTs were involved, this technique seemingly pinpointed the gene responsible for safening sorghum, SbGSTF1, along with a second tandem GST gene,” Riechers says.