Find this article at:
go.ncsu.edu/readext?606093
— Written By Ryan Adams

Since the 1990s, mandarin oranges have become what The New York Times headlined in 2016 as the “Rising Stars of the Fruit Bowl.” In the United States, mandarins are almost all grown in California, supporting a $2 billion industry and accounting for almost half of the nation’s citrus production. The surge in growing this small fruit, native to Asia, has outpaced establishment of integrated pest management (IPM) guidelines specifically for mandarins. Instead, growers use tried-and-true approaches for larger navel oranges (Citrus sinensis). 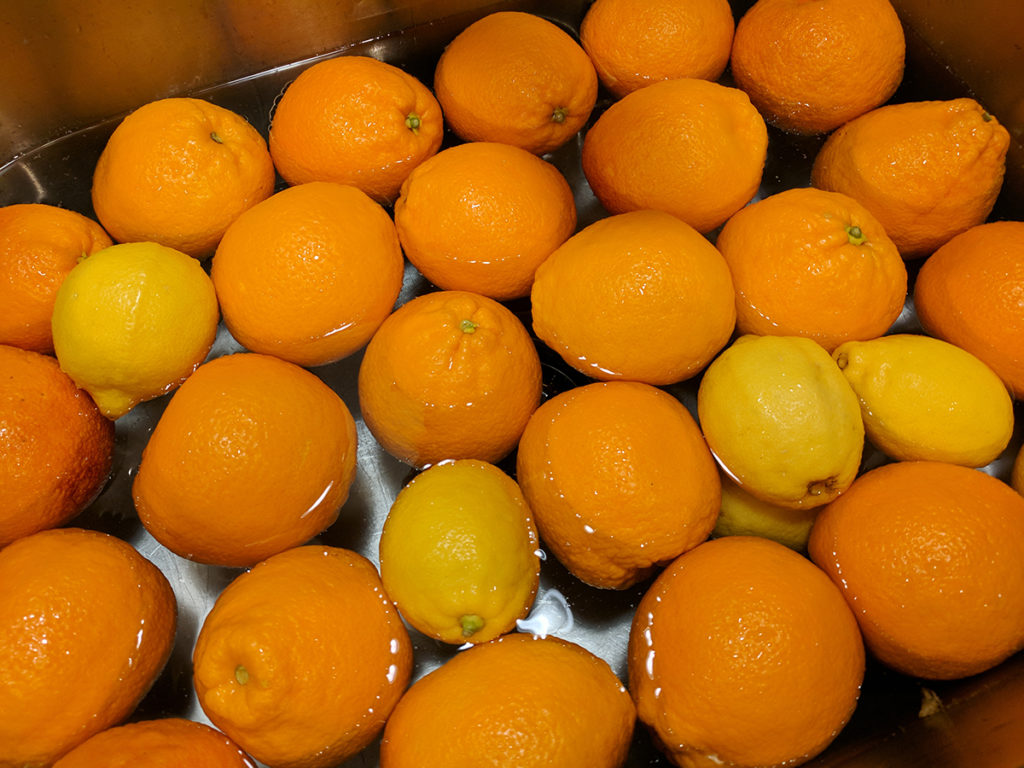 IPM that works for oranges, though, may not be best for mandarins, suggests a new study published in late May in the Journal of Economic Entomology. Research by scientists in the San Joaquin Valley, heartland of California’s mandarin country, indicates that IPM tactics for traditionally grown oranges may not be most effective for optimum mandarin production. The scientists noted, in fact, that “there is likely an overuse of pesticides in some mandarin species.”

The study, conducted by researchers at the University of California’s Davis and Riverside campuses, starts filling in the blanks, providing a first look at arthropod pest densities and damage in commercially grown mandarins in California. It revealed that mandarins in groves studied suffered considerably less damage from pests than did comparative navel oranges, a finding that could substantially impact how growers plan pest control.

“It has taken decades to establish guidelines for C. sinensis oranges,” says Bodil N. Cass, Ph.D., postdoctoral scholar at UC Davis and lead author on the study. It is difficult for researchers to keep up with new types of fruit being grown to meet consumer demand, new pests on the scene, and changing environmental conditions, she says. “We’d been assuming or hoping that the IPM guidelines that were carefully established for oranges are also effective in the different mandarin species that are now commonly being grown. Here we’ve seen in some cases a very different picture emerging in mandarins.”

California citrus is marketed as fresh fruit, so it needs to appeal to the eye as well as the taste buds. The thin skin of mandarins makes them easier to peel than standard oranges, a selling point, but potentially more vulnerable to blemishes such as scarring from pests. Even a small amount of insect scarring renders mandarins unmarketable, except in some cases for processing as juice, hardly an economic option.

Using data mining techniques of information science—termed “ecoinfomatics” when applied to environmental subjects—the researchers compiled and analyzed mandarin production and pest management records, from 2003 to 2012, in 202 groves in Fresno and Tulare counties. Their aim was to determine the density of pests and their relation to fruit damage. The results surprised. “When we first ran the analysis of the data sourced from commercial operations, the result of much lower scarring in Citrus reticulata mandarins was so striking and unexpected that we wanted to see it for ourselves,” says Cass. So they went into groves and checked mature fruit on the tree for scarring.