Find this article at:
go.ncsu.edu/readext?368014
— Written By Jim Walgenbach and last updated by Ryan Adams 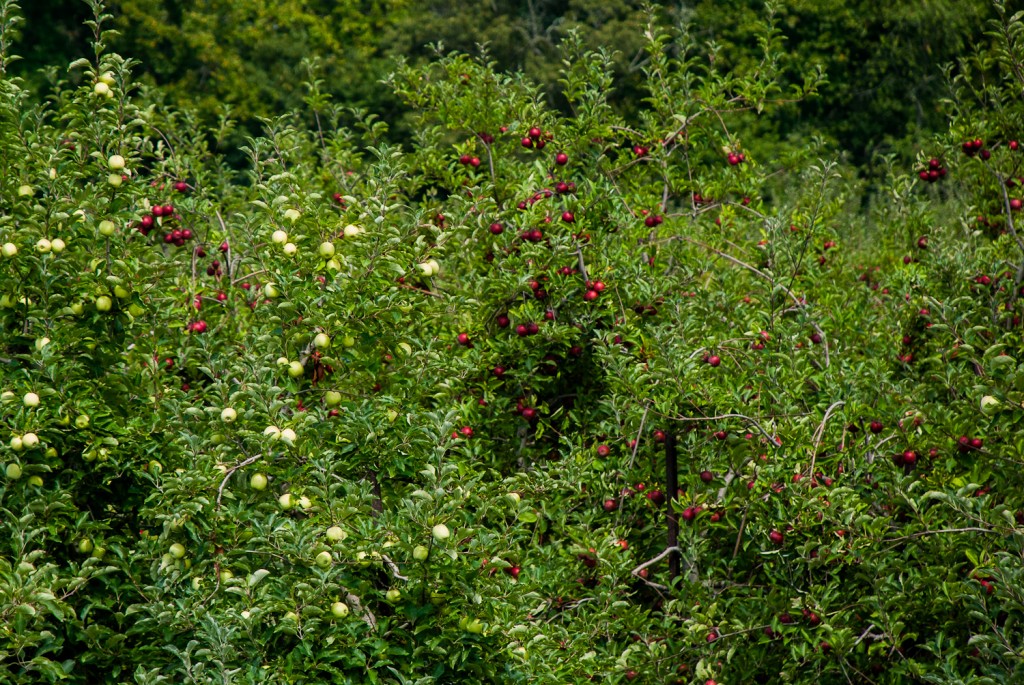 With the exception of brown marmorated stink bug, overall insect pressure remains low on apples and peaches in the mountains and western piedmont regions of NC.

In the piedmont region (Cleveland County), degree-day accumulations since biofix average almost 2500. Decisions regarding the need for insecticide sprays should be based solely on pheromone trap captures, because the model does not accurately predict third generation activity. Pheromone trap captures that average more than 5 moths/trap per week are an indication that a damaging population may exist.

Oriental Fruit Moth: Although this is a time of the year when OFM populations often increase, we have yet not observed increased captures in pheromone traps in our sampling orchards. Despite low populations and very little evidence of damage in either apple or peach orchards, pheromone trapping is especially important in orchards not using mating disruption.

Apple Maggot: To date, evidence suggests that this may be a low-pressure apple maggot year. Peak trap capture is usually around this time of the year, but trap captures in our non-sprayed orchards remain very low.

Brown Marmorated Stink Bug: In the piedmont counties, there are large numbers of first generation adults emerging from wooded areas and infesting adjacent tree fruits and vegetables. These adults are laying eggs and are expected to continue laying eggs at least through the first week of August. Hence, both adult and nymphs will be potential pests for the next 4 to 6 weeks. In higher elevations, such as Buncombe and Henderson county, first generation adults are emerging, but they are just now beginning to lay eggs. The majority of nymphs currently observed are from those eggs laid by overwintered adults.

In crops with BMSB problems, most pyrethroids and several neonicotinoid insecticides provide good control, but frequent application intervals may be necessary under high pressure conditions. Pyrethroids are particularly harmful to biological control programs in pome fruits, so it is important to verify a BMSB problem before initiating a spray program. The following insecticides are recommended for apples and peaches: