Find this article at:
go.ncsu.edu/readext?367235
— Written By Jim Walgenbach and last updated by Ryan Adams 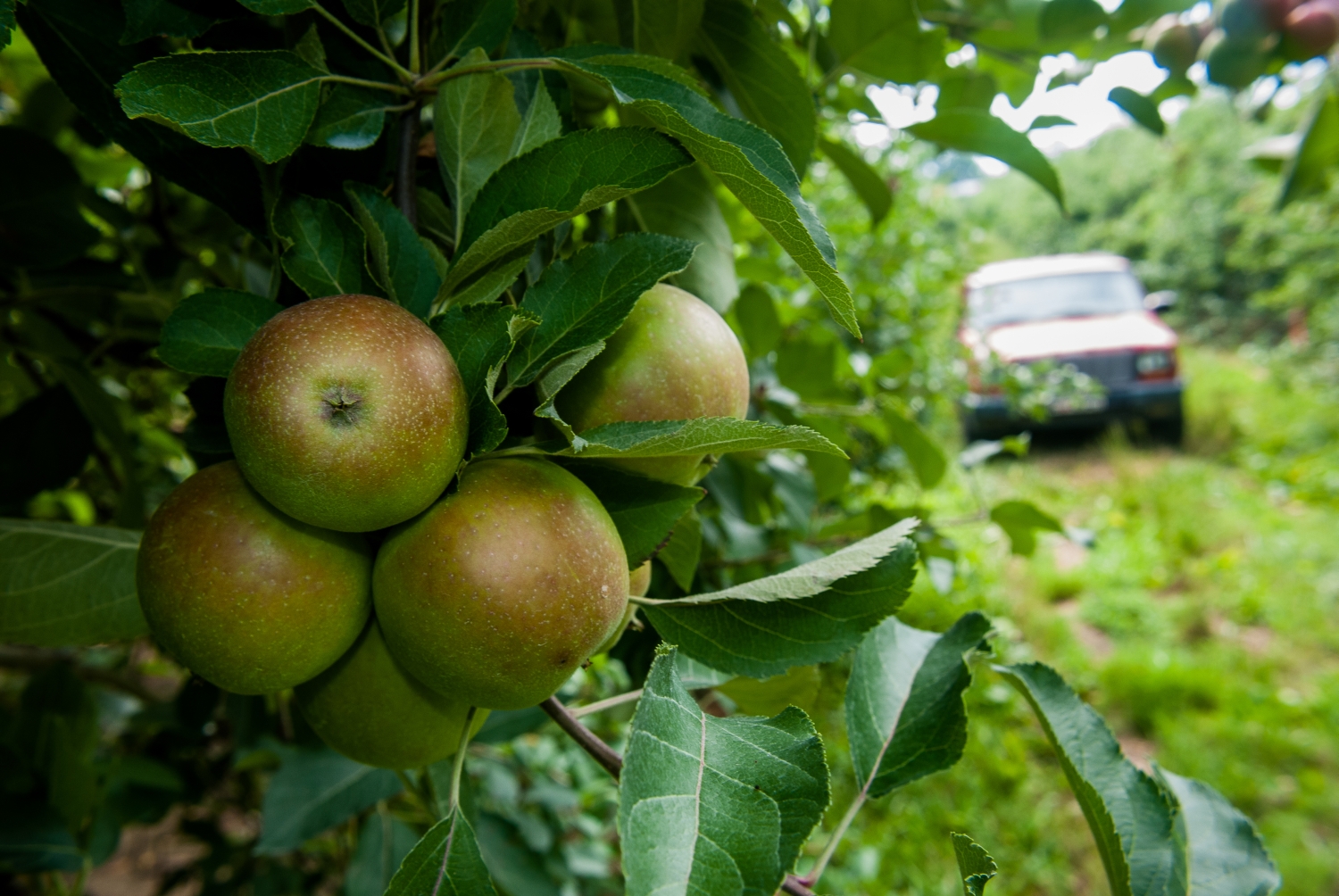 Overall insect pressure on apples is quite low at this time. In addition to relatively low trap captures, recent surveys for fruit damage in commercial orchards have found very little insect damage. Some early season plum curculio and plant bug damage was most common, with stink bug damage beginning to show up.

There have been several reports of what appear to be larval infestations of second generation plum curculio in peaches in the piedmont and eastern region of the state. This damage was likely the result of adults laying eggs in fruit approximately three weeks ago.

Codling Moth:  In Henderson County, degree-day accumulations average about 1700; this coincides with emergence of about 75% of second generation moths. While codling moth remains a threat in this area, populations have been extremely low this year. In most orchards where we are monitoring, pheromone trap captures have averaged less than 1 moth per trap per week. In addition, virtually no fruit damage has been observed in an extensive survey of commercial orchards during the past two weeks. While insecticide sprays should not be necessary under these conditions, one cannot make this assumption if not monitoring with pheromone traps.

In lower elevation orchards, such as Polk, Lincoln and Cleveland Counties, second generation flight is complete. While there is sufficient time for a third generation to emerge, the probability is very low in those orchards where there is no damage caused by first or second generation larvae. Again, the need for insecticide sprays should be based on pheromone trap captures.

Oriental Fruit Moth:  Moth captures in pheromone traps were low during the past week. Unless trap captures exceed 7 to 10 moths per trap per week, control measures specifically targeting OFM are probably not necessary. In those orchards where trap captures have remained high for several weeks, application of sprayable OFM pheromone may be warranted. Two applications at three to four week intervals, with the first in late July or early August, is often more effective than insecticides late in the season.

Apple Maggot:  First captures of apple maggot on baited red spheres in two abandoned orchards occurred this week. However, an average of only two flies per trap was caught, which is a very low number. It is unlikely that populations are a threat in commercial orchards at this time.

Brown Marmorated Stink Bug:  Large numbers of first generation adult BMSB are present in many areas of the piedmont regions of NC, extending from the foothill counties eastward to approximately Rockingham, Guilford, Randolf and Stanly Counties. Adults are also beginning to emerge in higher elevation mountain counties. Tree fruit (and many vegetable crops) adjacent to wooded areas are at greatest risk for damage.

Dinotefuran Section 18 Approved for BMSB Control on Apples:  Several weeks ago it was reported that the EPA had approved the emergency exemption request (Section 18) for bifenthrin to control brown marmorated stink bug on pome and stone fruit. Last week dinotefuran was approved, and will be available as Venom (Valent USA) and Scorpion(Gowan). Dinotefuran only has a 3-day PHI, so it would probably be best to use this product later in the season when control close to harvest is necessary. Only two dinotefuran applications per year are allowed, regardless of the formulation used. Below are links to Section 18 labels for Venom and Scorpion.