Find this article at:
go.ncsu.edu/readext?363233
— Written By Jim Walgenbach and last updated by Ryan Adams 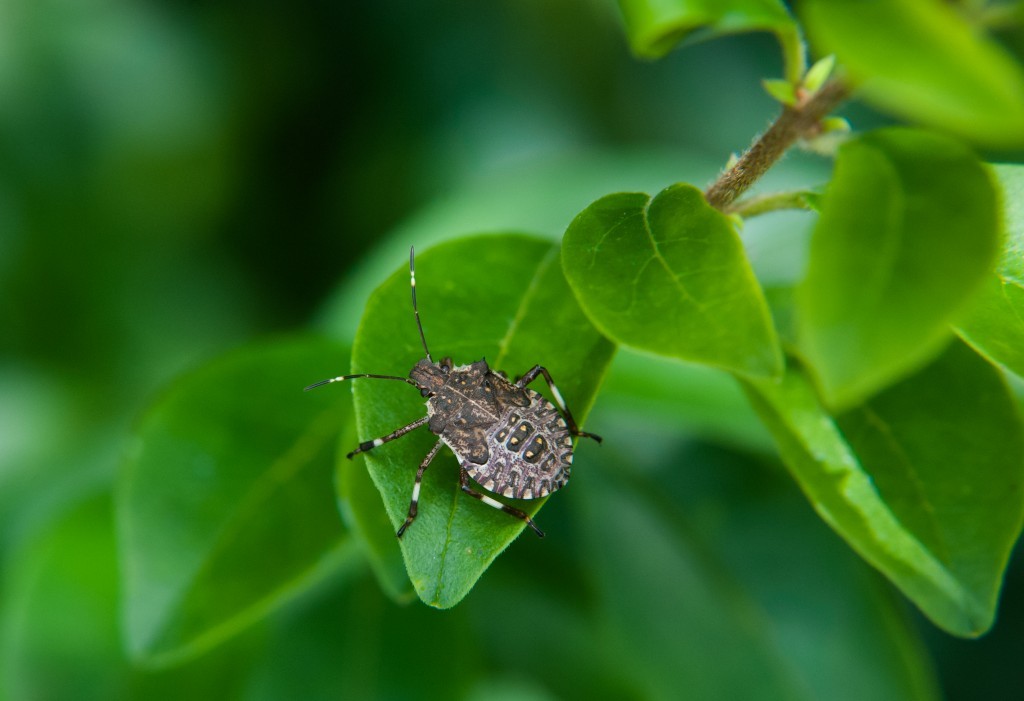 The warm weather is accelerating development of many insect pest populations, so do not be surprised if the timing of certain pest events is considerably earlier than in the past few years, which have had relatively cool summers.

Lepidopteran Pests:  In the higher elevation orchards such as Henderson County, we are in a period of reduced potential for damage by direct insect pests. Codling moth degree day accumulations are at about 1000, so we are between generations. We are beyond the time for control of first generation tufted apple bud moth, and second generation oriental fruit moth flight is ending. Off the mountain in lower-elevation orchards, second generation codling moth flight is now underway – estimated cumulative degree days since biofix for codling moth in Cleveland County is about 1500, and Bill Hanlin reported 1400 in the Wilkes area. In orchards with minimal signs of damage by first generation larvae, a single application between about 1450 or 1500 DD should be sufficient for the second generation.

Plum Curculio:  With plum curculio damage being quite extensive this year, growers should be prepared for emergence of first generation adults. Although these adults typically do not produce a second generation of offspring in this region, they can feed on apples and cause additional damage to fruit. Adults emerge from those fruit that were infested after bloom and fell from the tree – larvae generally do not complete development on apples growing on the tree, but they will on peach fruit on the tree. In past years, emergence of first generation adults has begun between 700 and 800 DD after first detection in an orchard in the spring, which occurs in early April. Estimated DD accumulations in Henderson and Cleveland Counties are currently about 650 and 840, respectively. Emergence can occur over a several-week period, so scouting for adults should be underway. Again, the potential for damage by these adults is greatest in orchards with damage evident by overwintering weevils at petal fall and first cover. In problem orchards, an insecticide active against PC should be applied within the next week in lower elevation orchards and in 1 to 2 weeks in higher elevation orchards.

Brown Marmorated Stink Bug:  We continue to capture brown marmorated stink bug in virtually all pheromone traps deployed in the mountains and piedmont regions. Some overwintering adults are still active and laying eggs, but the majority of the population consists of nymphs ranging from early to 4th instars. Using a biofix of 15 May, we have previously observed emergence of first generation adults (i.e., summer adults) to begin at about 650 degree days (celsius); we are currently at about 270 and 350 in Henderson and Cleveland Counties. Despite the warm temperatures, we are still probably a minimum of three weeks (piedmont) to five weeks (mountains) from reaching 650 DD. While there has been some nymphal activity observed in tree fruits (primarily peaches and Asian pears), migration of adults from wooded areas into adjacent orchards by summer adults will likely pose the greatest threat for damage to apples.

In those areas with tree fruit production near small grains, anticipate movement of brown and green stink bugs from the grains following harvest into adjacent fruit or vegetable crops. Jeremy Martin at the Sand Hills Research Station reported large numbers of stink bugs moving from harvested rye into adjacent peaches. Brown stink bugs have been a common occurrence in small grains sampled in the piedmont and mountain areas.

European Red Mite:  As often occurs with hot weather, mite populations are rapidly increasing on number crops. There have been reports of high European red mite populations on apples in several locations. Twospotted spider mite can also be a problem on apples and other crops (especially peaches and vegetables), particularly in piedmont production areas.